PerpetualBudget System v6.0.267
PerpetualBudget System v6.0.267 英文正式版(財務預算的應用軟體)
破解說明:
check crack\install.txt
內容說明:
PerpetualBudget 是一個作財務預算的應用軟體. 它作為 MS Excel 中的一個子進程, 其特點
是實現分佈式預算運行管理, 並含有一個圖形化的工具用來建立和維持該預算系統.
英文說明:
After more than 12 years of nonstop releasing we are proud to present
you our 11000th 0day release, thus being only the third group ever
to reach this barrier. From the day BLiZZARD was formed in february
1998 we have always been on the very top of the release rankings and
unlike many other groups we have almost never had any periods of
idleness or relaxation.
Over the years many friends joined us and we have grown to become
one of the biggest groups on the scene. New sections were created
(mp3/iso/pda) and all of them have been a great enrichment
for all of us, however unity and friendship have always remained,
even during times of upheaval and depression. All parts of BLiZZARD
work together with great enthusiasm and harmony. The spirit of a big
family has never vanished and has always given us a very unique
character.
Although we have always appreciated being one of the most active
release groups our primary concern has never been to rule the scene
but to spend a very nice time of our lives along with many good
friends. Friendship and fun will always be our most valuable
principles and according to them we will act. Over the years we have
neither been involved in any groupflames nor have we offended other
scene people without reason. Unlike many other groups we do not
believe in silly and childish flames, we treat our competitors
equal, however we want to give special props to the many old-school
groups which are still active and have survived all the recent busts
and problems.
Furthermore BLiZZARD has always offered its members a unique
atmosphere plus many benefits when it comes to release conditions.
We have shown the scene that you can be on the top without putting
your members under pressure, we simply believe in equality and
friendship. And, of course, many friendships, which go far beyond the
simple cracking business, have been formed. Every BLiZZARD member
will tell you what a great feeling and honour it is to be a part of
our family. It is such a great and motivating feeling to play a part
in it.
For the future we have already set many targets and we will reach
them for sure, expect many suprises from us.
BLiZZARD will never die, see you soon at the 12000th release :)
圖片說明: 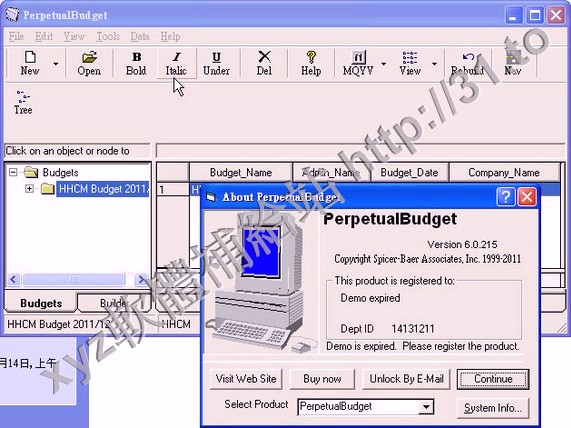